New news on the Hornet project will be made available a few weeks after the release of the Normandy 1944 map. In the meantime, the Hornet is under VERY active development. 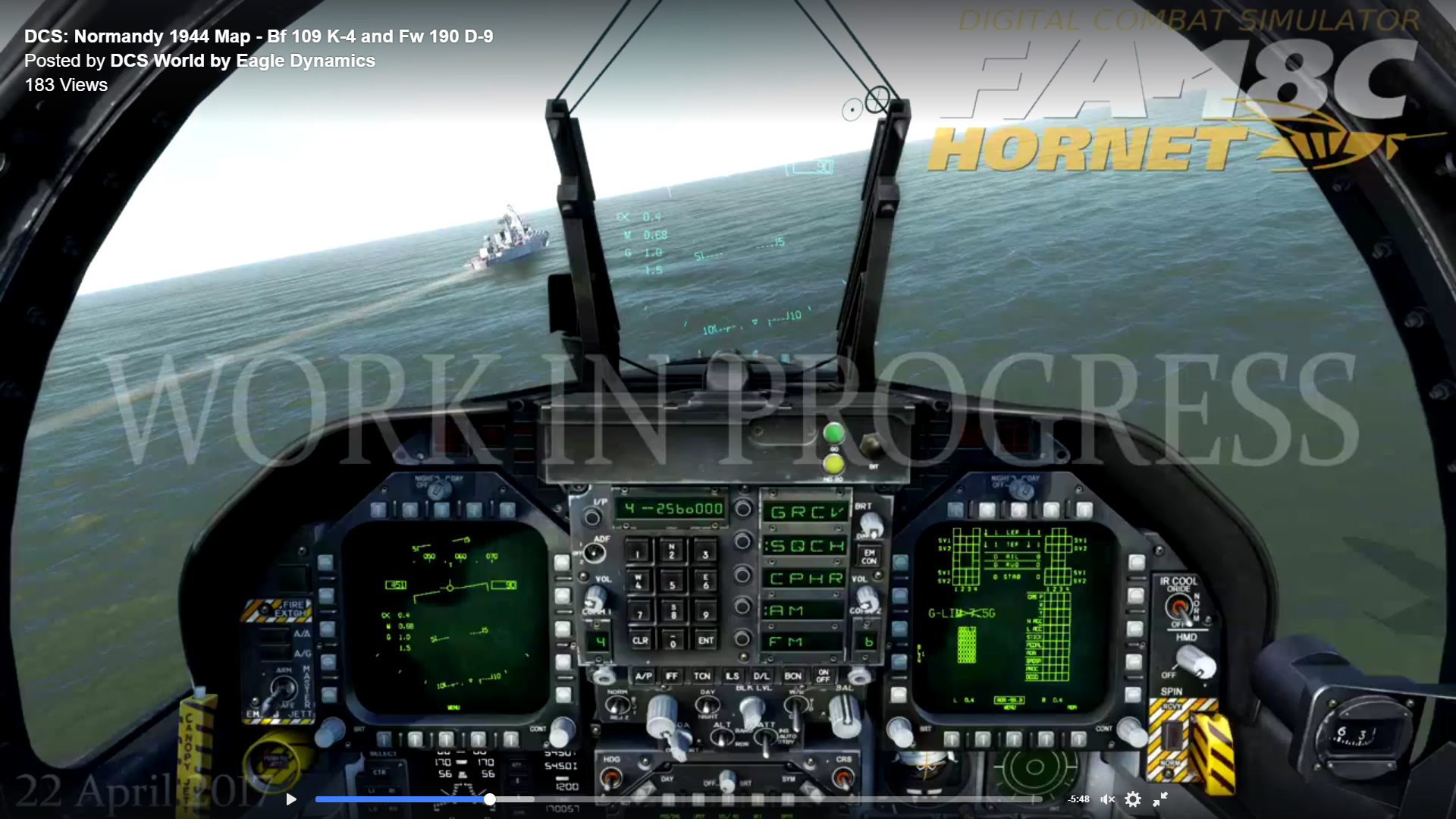 Eagle Dynamics SA and Belsimtek are excited to announce that DCS: F/A-18C Hornet will have its debut showing at E3 2017 at the Thrustmaster® booth. DCS: F/A-18C will be by far the most authentic PC simulation of a modern fighter to date, and it will use unique CFD engine and aerodynamics developed by Belsimtek. Based on exhaustive research in association with Boeing, current fighter pilots and the development of our new simulation engine, the DCS: F/A-18C Hornet will set a new benchmark.

Eagle Dynamics SA senior producer, Matt Wagner, states, “We are happy to announce the cooperation between Eagle Dynamics SA and Thrustmaster® to create the ultimate F/A-18C Hornet simulation experience”. “After the success of our first collaboration with Eagle Dynamic SA on DCS: A-10C Warthog, that lead to the HOTAS Warthog, we are proud to start a new collaboration on the DCS: F/A-18C Hornet”, says Gilles Raulet, Thrustmaster Development Director.

Please stop by the Thrustmaster® booth South Hall #2813 and experience the next level of combat aviation simulation!

Digital Combat Simulator World (DCS World) is a free-to-play digital battlefield game. Our dream is to offer the most authentic and realistic simulation of military aircraft, tanks and ships possible. The free download includes a vast mission area of the Caucasus region and Black Sea that encompasses much of Georgia. It also includes the flyable Russian Sukhoi Su-25T ground attack aircraft and the famous WWII North American TF-51D fighter.

The download comes with the most powerful mission planner ever designed, full network play and more than 145 AI weapons systems, 113 ground vehicles and trains, 16 Ships and 73 AI aircraft permitting you to plan and play highly sophisticated missions. DCS World is massively extensible through additional DCS modules as well as user-made add-ons and mods which you can purchase and download from our site.
DCS is a true "sandbox" simulation that is also designed to cover multiple time periods of interest such as WWII, Vietnam, Gulf War and others. As examples of products progressing to completion for DCS, "Normandy 1944" is in final phase of development and "Persian Gulf" is close behind.
DCS World is fundamentally a deep, authentic and realistic simulation game designed also to offer a more relaxed game play to suit the user and his particular level of experience and training. The ambition is to hand hold users from novice pilot all the way to the most advanced and sophisticated operator of such complex weapons systems as the A-10C or the Mirage 2000C. The only next step is the real thing!

Designed for simmers, by simmers:
The HOTAS WARTHOG™ joystick is the result of an intense collaboration between Thrustmaster's development teams and members of the simmer community. Exchanges and studies were carried out constantly throughout the product's development phase, in order to create a joystick which meets the most specific and precise requirements of the experts. The result is a replica set of the joystick, dual throttle system and dual throttle control panel of the U.S. Air Force A-10C attack aircraft.

With T.A.R.G.E.T software that allows for total interaction between different Thrustmaster USB controllers, with simplified configurations in simulators, and the use of a single preset for all controllers, The HOTAS WARTHOG™ joystick is ready for an enlarged ecosystem including among other development, new Add-On for Joystick. 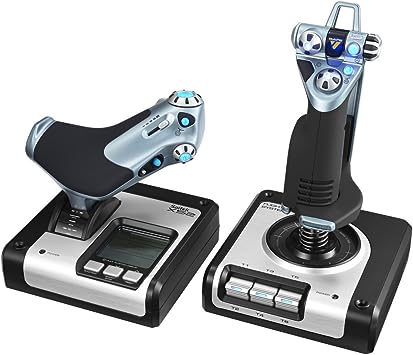